Some Stops along the DAS Evolutionary Path 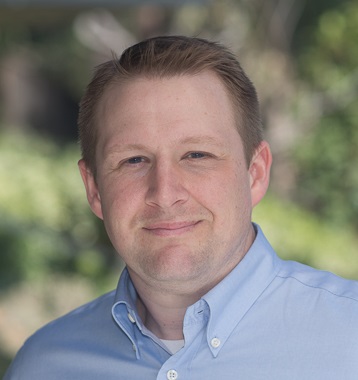 Over the past couple years, discussing 5G in increasingly detailed terms has become a virtual sport in wireless.  But behind all the news and discussion are the real standardization initiatives and research driving the technology forward, which in aggregate has yielded a much more defined idea of what to expect.  5G has migrated from broad key performance indicator-based discussions to the future network architectures that will make those KPI targets possible.  However, there has been little public discussion about what 5G will mean for in-building networks of small cells and distributed antenna systems.  However, I assure you those conversations are happening.  5G and future heterogeneous networks are complicated enough that most of the attention is focused on its implementation in marco-network environments.  I might challenge that industry bias towards the macro network, but that’s a discussion for another time.

Some of the more interesting areas where indoor networks will wrestle with challenges distinct from those found outdoors are driven by smaller cells and the shift to a HetNet architecture.  Driven by the need for greater spectral efficiency and the myriad benefits of D/C-RAN, the HetNet will be defined by a macro-, pico-, and femto-layered topology (among other things).  The most discussed changes in the DAS landscape are the current migrations to digital fronthaul and from RF to CPRI fed systems.  Both are key steps in the evolutions to follow, but those evolutions are essentially happening now.  There are two areas in the future 5G and “pre-5G” HetNet that will necessitate more interesting adjustments for DAS: self-optimizing/organizing networks and link decoupling (and multiplying).

In the outdoor network environment, self-optimization and self-healing capabilities will be immediately addressable between the macro and pico layers, because they will be governed by the MNOs and, as such, will have high-quality backhaul links.  And while the macro and pico network layers will be working in synchronicity, the femto layer, with its unreliable backhaul, lack of static position (I’ve moved mine several times), variable OEM, and performance, will constantly give the optimization effort fits. No part of the network will have to contend with the femto-effect more than indoor networks of DAS and small cells.  The reason this impacts the indoor space is that femtos are already far more numerous indoors, and that looks to be a growth trend.  The femto-effect will be compounded, and there will be much greater pressure on DAS and picocells to coordinate with them rather than to just work around them as interference.  There are enormously significant interoperability and integration issues with making that leap, but, thanks to sustained efforts by the MNOs, interoperability among vendors is also a growth trend.

Self-optimizing DAS will also get better and better at routing capacity dynamically.  Capacity resource virtualization across interconnected remotes will change the network capacity distribution model from a fixed capacity-supply model to a data-demand based model.  For instance, if a DAS is fed by a pool of capacity resources (BTS, small cells), and the remotes have the ability to process data demand between them, the DAS can “swing” combinations of those capacity resources to meet demand that’s fluctuating among those remotes.  Such a pool could support many DAS networks simultaneously.  There are several variations of this kind of capacity optimization, both in DAS and the macro, but it’s going to get a lot better as the technology refines itself.

The future of (indoor) DAS architecture will yield a much more dynamic relationship between the user equipment and the network than exists currently.  One of the highlights of this new UE network association will be a multiplicity of simultaneous links.  This can (and probably will) take many forms, like dual connectivity and coordinated multipoint, but the most obvious among them will be the decoupling of the uplink and downlink.  Currently, a UE homes to the strongest single signal source for both UL and DL.  Dividing the links between different network layers is going to provide capacity gains and latency improvement.  For instance, the DL may reside on the macrocell layer (i.e. a tower BTS, presumably on a lower frequency) and the UL may reside on the picocell layer (e.g. a light pole small cell, presumably on a higher frequency).  This also puts the UE much closer to quality backhaul.

DAS will need to emulate this kind of outdoor network environment in confined spaces.  Multiple frequencies, multiple PCIs, and precise spatial separations between a host of antennas will need to exist in the DAS environment to preserve the integrity of the multi-link dynamic.  It’s feasible (but not likely) that separate backhaul won’t also be needed, but the RF environment will need those separate RF paths for each UE link.  DAS OEMs aren’t yet preparing for this topological shift in earnest, but the capacity OEMs are, and it’s relevance to the indoor environment will come.  The good news is that DAS is very adaptable from a product development standpoint.  This is also the juncture where I see the potential for DAS and small cells to exist in the same space simultaneously.

There are even more complicated link schemes being discussed that could push the evolution of DAS further.  The link multiplicity might include a separation of data and control plane traffic.  Or, perhaps the macrocell layer will offload the overhead capacity of the picocell mesh.  The number of scenarios possible for multiple, separated links is a big number, guaranteeing one thing: future DAS networks will be, above all else, flexible.

All of these scenarios will drive more change to an already quickly evolving DAS technology field.  At the very least, it’s going to keep things interesting.  Digital fronthaul and CPRI interfaces are big topics right now, but there are many other developments in DAS yet to come that will be just as exciting.  All I’ve done here is cherry pick a couple of those that seem the most interesting to me.  Complex SON and link segregation will be among the myriad of changes we’ll see being incrementally applied to DAS on our way to 5G.  The main thing to consider is that DAS technology is not as it was 10 years ago, and won’t be as it is now in another ten years either.

Picocell
A small cellular base station that is an alternative to a repeater or distributed antenna system to improve mobile phone reception indoors.
Fronthaul
Refers to links in the C-RAN that connect radio equipment at the tower with centralized radio controllers (radio equipment control). Fronthaul data is generally transported over fiber optics using the CPRI (common public radio interface) standard. Each manufacturer has a proprietary overlay to CPRI that exclusively requires that vendor’s equipment on both ends of the link.
Control Plane
The part of a network that carries information that establishes and controls the network. It controls the flow of user information packets between network interfaces.
Backhaul
The part of the network responsible for transporting communication data between the baseband unit (BBU) and the core network. Connects smaller outlying networks with the core network. Backhaul was often proprietary in earlier cellular generations but is moving to ethernet in 5G.